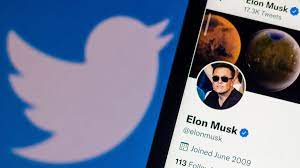 Tesla CEO Elon Musk is scheduled to spend the next few days with lawyers for Twitter, answering questions ahead of an October trial that will determine whether he must carry through with his $44 billion agreement to acquire the social platform after attempting to back out of the deal. The deposition, planned for Monday, Tuesday and a possible extension on Wednesday, will not be public. As of Sunday evening it was not clear whether Musk will appear in person or by video. The trial is set to begin October 17 in Delaware Chancery Court, where it's scheduled to last just five days. 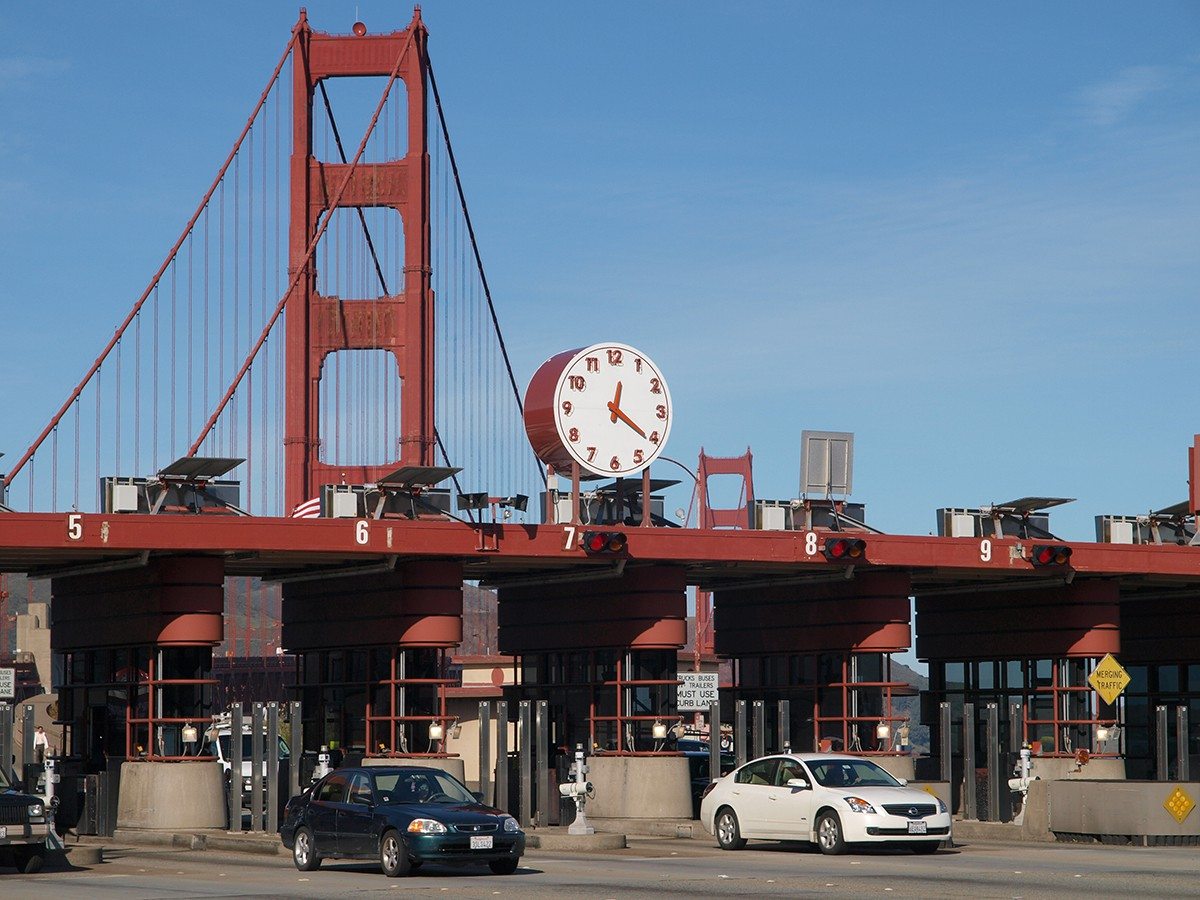 Hundreds of people formed a human chain across the Golden Gate Bridge on Sunday in support of the people of Iran, according to event organizers. The demonstration aimed to draw more public attention to the death of 22-year-old Mahsa Amini, who was detained by the Iranian morality police for reportedly improperly wearing a headscarf. She collapsed and died in custody three days later. Last week, the United States imposed sanctions against Iranian morality police and other governmental leaders after it was reported that nine protesters had been killed in clashes with police. {photo courtesy of SF Examiner}} Gov. Gavin Newsom, vetoed legislation Sunday night that would have required children to attend kindergarten — whether through homeschooling, public or private school — before entering first grade at a public school. Newsom has supported similar legislation in the past, but the state's Department of Finance opposed the mandatory kindergarten bill, stating it would strain funds by adding up to 20,000 new public school students would add about $268 million annually. {photo courtesy of The Guardian} 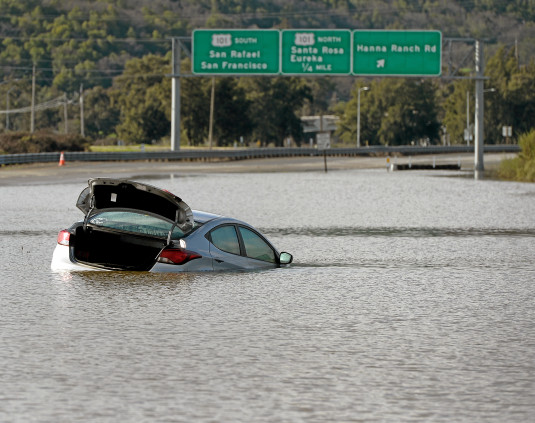 Caltrans is closer to deciding on soulution for fixing Hwy 37 and protecting it from future flooding. The preferred solution is to build a 30-foot-high, four-lane causeway along the current alignment of the highway, a 21-mile corridor connecting Highway 101 in Marin County to Interstate 80 in Vallejo. The plan would include a pedestrian and bicycle path and might include an extension of SMART train service between Novato and Suisun City. However, Caltrans said the causeway likely won’t be completed for another two decades and will come with a hefty price tag of $6 billion to $8 billion. A final draft of the study is set to be released in December. {photo courtesy of the Marin IJ} California Gov. Gavin Newsom insisted he will not run for president in 2024, in part due to his close recall election last year. Newsom was asked if he was considering running for president in the next election during an interview at the Texas Tribune Festival in Austin on Saturday. [CLIP] Rumors have swirled over who could be the potential Democratic presidential nominee in the event that President Joe Biden does not seek reelection. {photo courtesy of The Guardian} 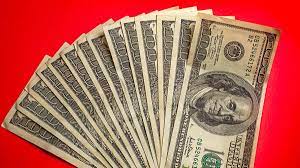 Many in Sonoma County will be getting a tax refund soon. California set aside $9.5 billion form it's surplus to give back to residents struggling with inflation and high prices for gas and groceries. Payments will range from $200 for certain high-income earners to $1,050 for married, joint tax filers and will start flowing in about 3 weeks. To see if you qualify and for more information, go to the website ftb.ca.gov and click on the window that says “Middle Class Tax Refund.” {photo courtesy of CNet} 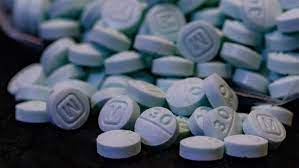 A local rapper is one of three Santa Rosa men linked to selling amd smuggling fenranyl nationwide. Matthew Cox, 26, Marcus Johnson, 24, and Ricardo Molinero-Alcaraz, 27, were arraigned Sept. 8 by a U.S. Magistrate Judge in the Northern District of California. They’re expected to be extradited to Tennessee, where the charges were filed. Cox is also known as the rapper "Rosso", he allegedly included lyrics related to the crimes in his songs. In total, the men are accused of smuggling drugs to 15 states. Investigators intercepted packages containing thousands of pills and kilos of methamphetamine. Homeland Security agents conducted surveillance on Cox’s home, where cash payments had been sent. {photo courtesy of ktul} 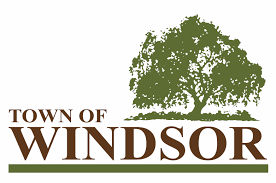 Congratulations to Windsor, you have been named one of the top 8 "Most Charming Small Towns in California" as ranked by the travel websit Strategistico. Monterey topped the list, followed by Morro Bay, Paso Robles, Solvang, Tahoe City, Windsor, Winters and Yountville. The study looked at the Golden State’s 1,180 towns with a population of 35,000 residents or under. {photo courtesy of townofwindsor} 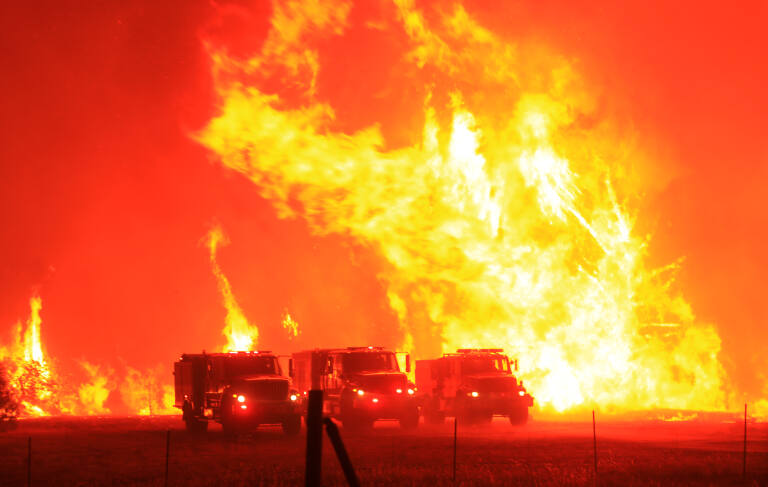 California has temporarily banned insurance companies from dropping customers in areas affected by recent wildfires. The California Insurance Commissioner invoked a law Thursday aimed at protecting homeowners in the state who say they are being pushed out of the commercial insurance market. Insurance companies cannot drop residential insurance for one year for Californians who live near one of several major wildfires that have burned across the state in recent weeks. {photo courtesy of sonoma news} 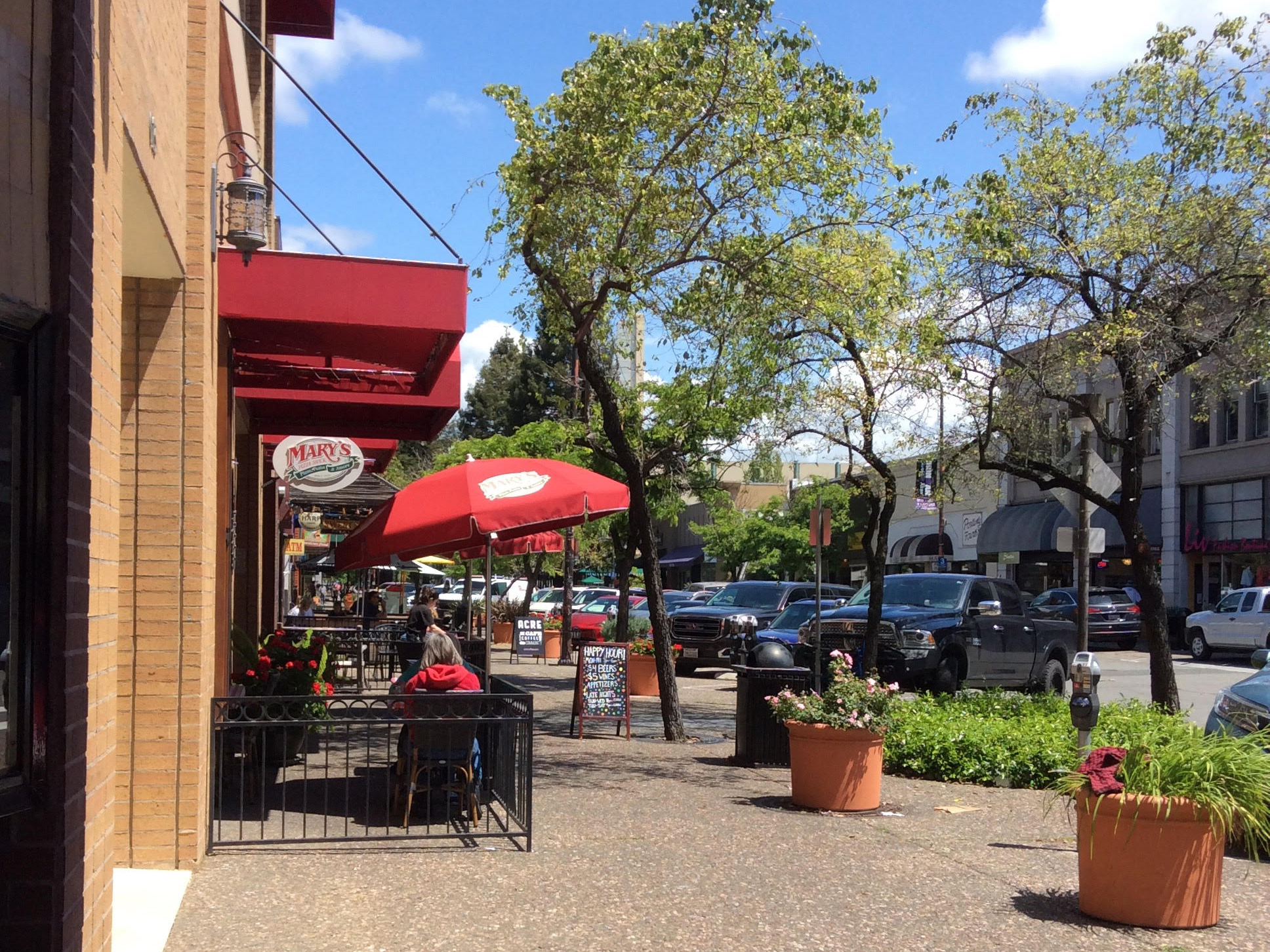 Sonoma County Tourism wrapped up it's annual meeting with some lofty goals, a budget increase to $9.9 million, a 5% year-over-year increase in revenue to the county's lodging properties, and a partnership with the Today show which includes a broadcast from right here in Sonoma County. According to Todd O'Leary, vice president of marketing and communications for SCT, they are working on "a brand-new concept for ‘Today’ show fans that will include ‘Today’ show personalities and lots of opportunities to share our beautiful destination on a national stage." More details and dates will be available soon. {photo courtesy of sonoma county tourism} 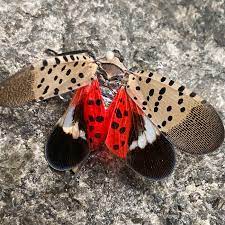 An invasive insect that could severely impact the wine industry could arrive in California's vineyards by 2027, according to a study by North Carolina State University. The spotted lanternfly, an insect that comes from China, it was discovered in the United States in Pennsylvania in 2014, and has reached at least 11 states. Researchers say the insect could reach California in five years if no efforts are taken to stop it. The fly could be a big concern for grape growers, but the spotted lanternfly can also affect almonds, cherries, peaches, and pine trees among other tree species. Researchers in California said there is a low probability of reaching the wine counties by 2027 - but a high probability by 2033. {photo courtesy of vox.com} 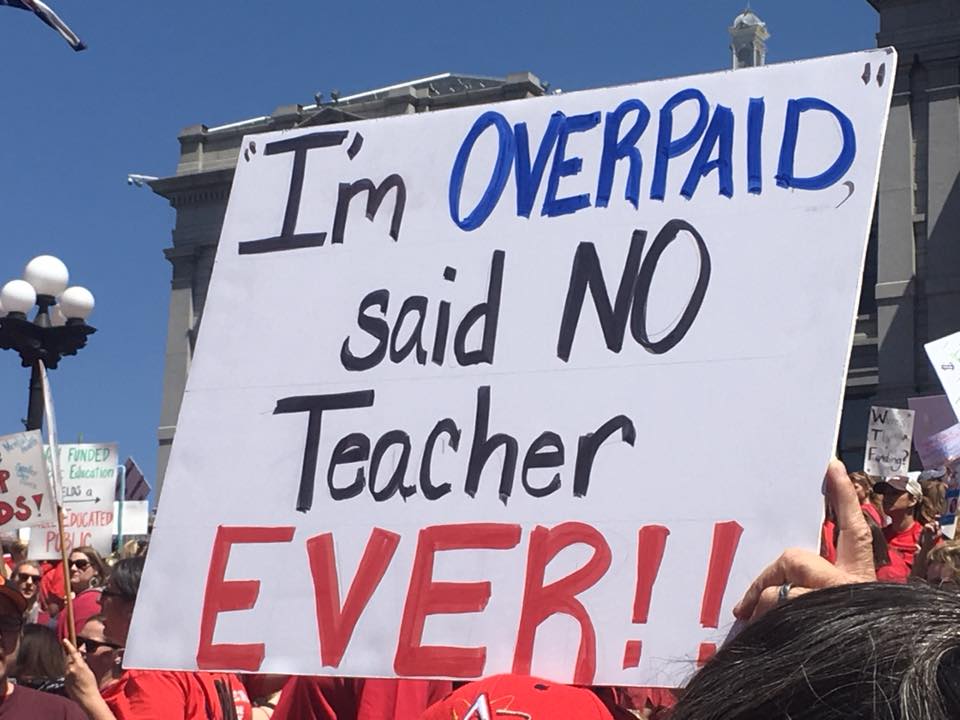 More than 95% of the members of Valley of the Moon Teachers Association voted to authorize a strike, if needed, after salary negotiations with Sonoma Valley Union School District failed. The union and SVUSD have been some $2.9 million apart as they negotiate increasing teacher salaries and benefits for the 2022-23 and 2023-24 academic years. Hurricane Fiona is raking the Turks and Caicos Islands as a Category 3 storm after devastating Puerto Rico. The U.S. National Hurricane Center says hurricane conditions are slamming Grand Turk island. The government had imposed a curfew and urged people to flee flood-prone areas. Fiona had maximum sustained winds of 115 mph. The Hurricane Center says the storm is likely to strengthen further into a Category 4 hurricane as it approaches Bermuda on Friday. It's forecast to weaken before running into easternmost Canada over the weekend. {photo courtesy of insider} 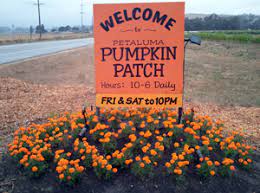 Get ready for fun, pumpkins, a corn maze and traffic backups. The Petaulma Pumking Patch and Amazing Corn maze is set to open on Friday. Last year heavy rains forced it to close down early, but hopes are high for a great season this year. The Petaluma Pumkin patch is celebrating it's 30th anniversary. Gates open at 10 am this Friday. {photo courtesy of Petalumapumpkinpatch.com} 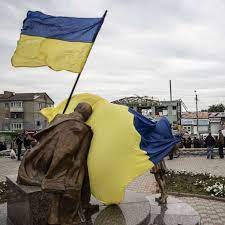 The Kremlin says there are no prospects for a negotiated end to the war in Ukraine and is giving its blessing to efforts to swiftly bring regions already captured under Russia’s complete control. The remarks Tuesday from allies of Russian President Vladimir Putin signal that Moscow may be setting the stage to escalate the conflict if a Ukrainian counteroffensive continues to gain ground. 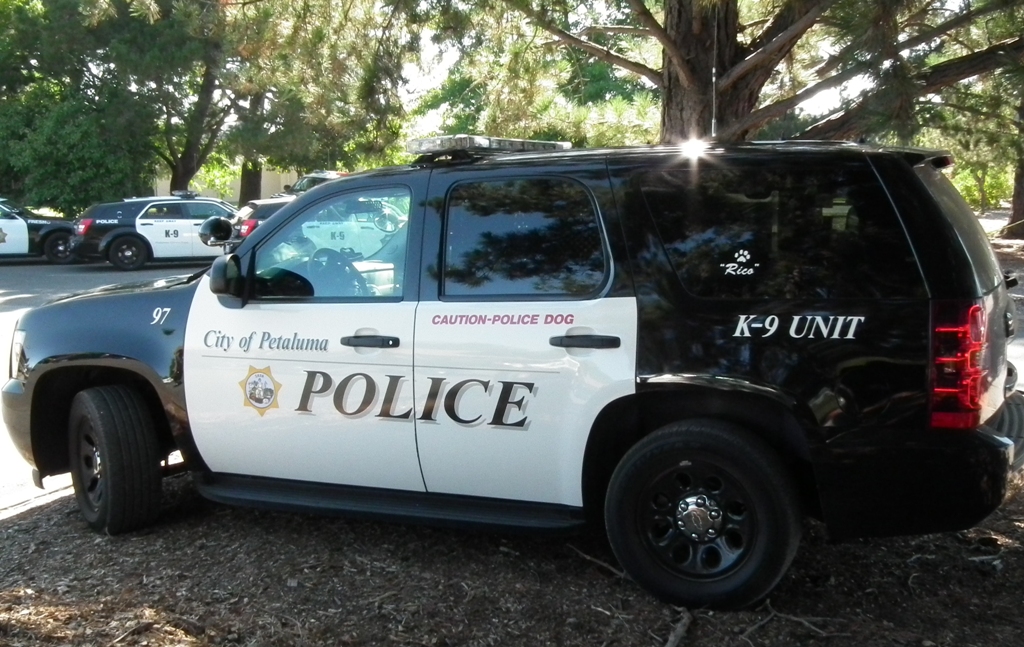 Petaluma Police arrested a 15-year-old girl over the weekend after she crashed a stolen vehicle, then took off and tried to hide. The single-vehicle crash early Saturday morning was near Caulfield and Park lanes. When officers arrived at the scene, they found a Chevrolet pickup truck had collided with a fence, but the truck was empty. Following witness reports, police found a female hiding a short distance from the collision, who matched a description given by witnesses. Police said she was also showing signs of alcohol impairment. The suspect was taken to Sonoma County Juvenile Hall. 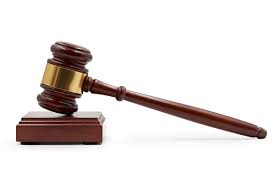 A Northern California mother of two was sentenced Monday to 18 months in prison for faking her own kidnapping so she could go back to a former boyfriend, which led to a three-week, multi-state search before she resurfaced on Thanksgiving Day in 2016. Sherri Papini, pleaded guilty last spring under a plea bargain that requires her to pay more than $300,000 in restitution. Probation officers and Papini’s attorney had recommended that she spend a month in custody and seven months in supervised home detention. But Senior U.S. District Judge William Shubb said he opted for an 18-month sentence in order to deter others.